Interview with a forced convert from Matlab to R

Here is an interview with Ron Hochreiter, Assistant Professor at WU Vienna University Economics and Business. 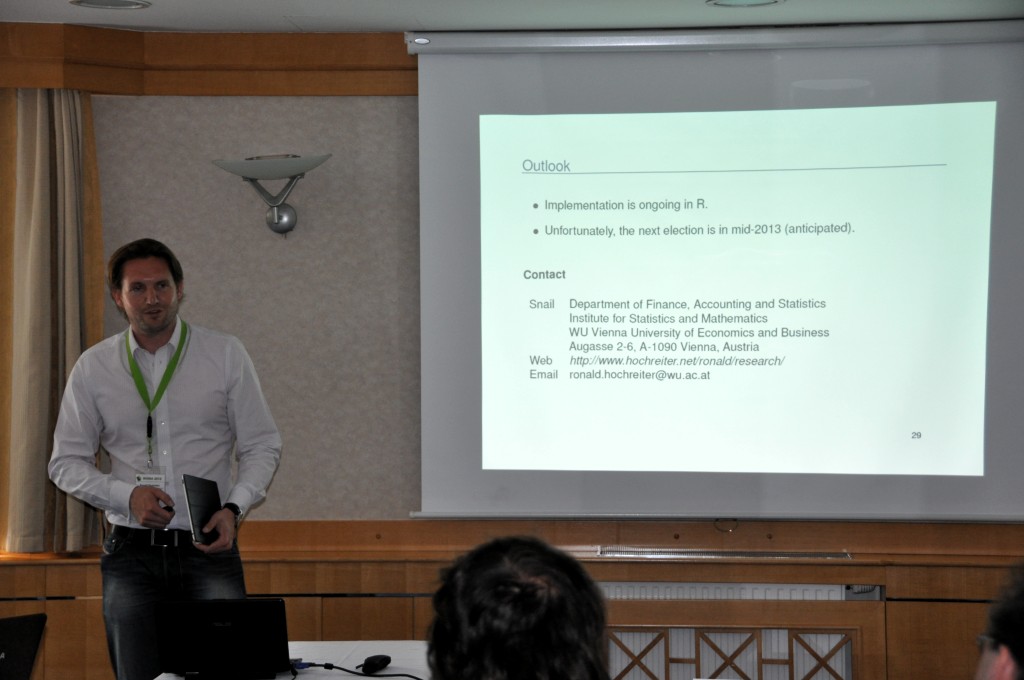 In 25 words or less tell us what you do (using German words is cheating).

I consider myself as a data scientist (teaching and research) with roots in Mathematical Programming, i.e. Optimization under Uncertainty (Stochastic Programming).

You were an unwilling convert from Matlab to R.  What were the circumstances?

I started using MatLab in 1998 during my undergraduate studies in Business Informatics and have written huge parts of my Masters thesis (2000-2001) as well as my PhD thesis (2001-2005) with it. I was very comfortable with MatLab. Although I did use R for some statistical analysis (mostly cluster analysis), I never completed any larger projects with it. With MatLab I implemented a vast amount of tools and rather complete optimization models over the years and even produced some usable software for the industry, including a risk management system for an Austrian energy trading company and a large-scale simulation tool for an Austrian Pension Fund. Then I switched university and it turned out that my new boss is a member of the R Core Group – so that was the end of my MatLab career.

How hard was the transition?

Although I was not unwilling to change to R, it was pretty hard for me at the beginning, because I was used to doing everything in MatLab. One main motivator was the fact that the MatLab licensing issues were really bugging me – especially the fact that the student version is a trimmed-down version. Anyway, one issue that really helped to speed up the transition was the availability of RStudio, which finally took the nerdy feeling out of R – at least for me. To love a high-level scientific programming language I need to be able to sell it to other people, especially to non-programmers and non-nerds, which translates to my business school Bachelor students – and I was not able to do this before the advent of RStudio. Now I am able to do so and thus am really glad that I took all the efforts to switch to R.

What are the best resources to aid the transition?

For me, one resource I highly recommend is Quick-R at http://www.statmethods.net/ At the beginning of my personal transition from MatLab, I also googled for “MatLab R syntax” and used some of the documents, e.g. http://mathesaurus.sourceforge.net/octave-r.html to check out syntax equivalents. I probably do not need to point out your excellent material, because if people found this interview, they most likely found your books too!

[Editor’s note: if not, then you can have a look at some of the favorite pages.]

What is your general attitude about R versus Matlab now?

I really love R nowadays and personally could not imagine switching back to MatLab anymore – although out of curiosity I am following the Julia Language project at http://www.julialang.org/ so in case I would ever need to switch back to MatLab, I would do so indirectly via Julia.

What are use cases of Matlab over R, and vice versa?

I’d say that certain (if not most) optimization tasks are still not convincingly implemented in R at all. It is sad to see that people who quit MatLab for an open source alternative are choosing Python over R – which I do understand, because most optimization packages in R do not make any sense if you look at them from the Mathematical Programming viewpoint. Statisticians certainly do have a different approach to optimization.

What are the three most useful things in R but not in Matlab?

Well, it is quite difficult to name just three. Probably report generation using knitr/Sweave, Shiny, and the general capabilities to produce graphs in R might be those which come to my mind first.

What are the three most useful things in Matlab but not in R?

For me it is the availability of the two great optimization modeling frameworks CVX and YalMip. And if you are from the field of engineering and need to do simulation tasks for which MatLab/Simulink does provide exactly what you need, then it is the right choice… but if you are doing this kind of stuff then you most likely never considered to switch to R anyways.

You have some material on the web. What and where is it?

Unfortunately I still did not have time to polish and publish my R-related software – I was just able to register some domains for my projects, and a short summary is available at http://www.hochreiter.net/R/ 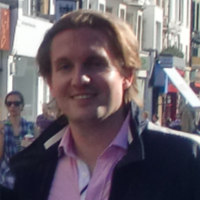