This page has the following sections:

What is an object?
Attributes
Other Characteristics
Atomic Types
Matrices and Data Frames
Factors
Missing values
The best tool
Functions are objects too
The word “vector”

What is an object?

A characterization of “object” that is at least close to true is:

In normal speech we think of an object as something that we can hold, turn upside down, and look at. R objects are very much like that.

The main reason that R has such a wide variety of data types is because of attributes. Objects have a main part to them and then they can have one or more attributes that can modify how either R or the user thinks about the object.

You can have a plain bowl of rice and beans. If you add spice, it is something new. Different spice, different dish. 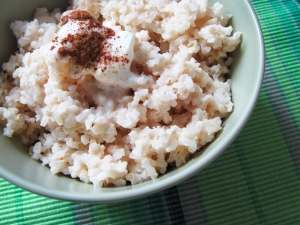 class is a very important attribute.

There are characteristics that are inherent in an object.

There are three atomic types that you are likely to care about.

Logical objects have values that are TRUE, FALSE and NA.

Character objects have a string as each element.

To us humans matrices and data frames are rectangular objects with rows and columns. They are both poseurs. Both of them are linear structures pretending to be rectangular. They have very different approaches though.

A data frame has a class attribute that is "data.frame". It is really a list with as many components as there are columns. Each component has to have the same number of elements (the number of rows).

Both matrices and data frames can have names for the rows and the columns. (This is mandatory for data frames.) These are implemented differently in the two types of object, but you can get them from either type with rownames and colnames.

You can test if an object is a data frame with:

Circle 8 of The R Inferno discusses a number of possible problems you might have with matrices and data frames.

Factors have two key attributes. They have a class attribute and a levels attribute. The levels is a character vector that gives the possible categories for the object. The basic part of the object is a vector of integers that are the location of the category in the levels vector.

Circle 8.2 of The R Inferno begins with several ways of going wrong with factors.

All of the atomic modes have a missing value. This is printed as NA.

You test for missing values with the is.na function. For example:

will return a logical vector as long as x that is TRUE for the missing values in x and FALSE for the other values.

If you feel compelled to replace missing values by something else (like zero), you are almost surely making life harder for yourself rather than easier.

The  str function is one of your best friends.  It tells you how an object is structured.  Its output may seem cryptic to you at first, but you will soon learn to appreciate the crypticness.

Functions are objects too

The word “vector” is quite unfortunate in R. There are three distinct meanings:

If we always said “atomic vector” for the first meaning, there would not be a problem with that. But all of us get bored saying “atomic vector” and shorten it to “vector”.

The second meaning comes from the meaning in mathematics. It is distinguishing a linear structure from a matrix. The latter has a dim attribute, the former does not.

The third meaning is the literal sense of the word. This includes lists, which the first meaning excludes.

Back to top level of Impatient R

rice photo by michaelaw via stock.xchng